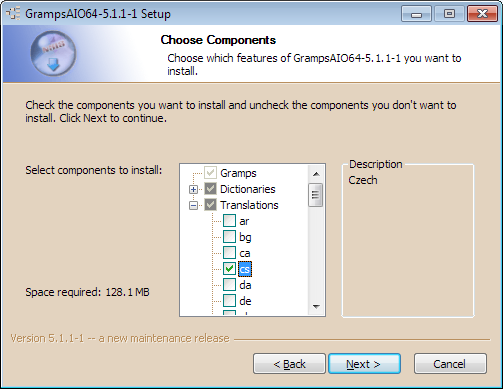 If you see an error about language support when starting Gramps, run

to install the proper language pack. You may need to replace 'en' with your own language code, like 'nl' for Dutch.